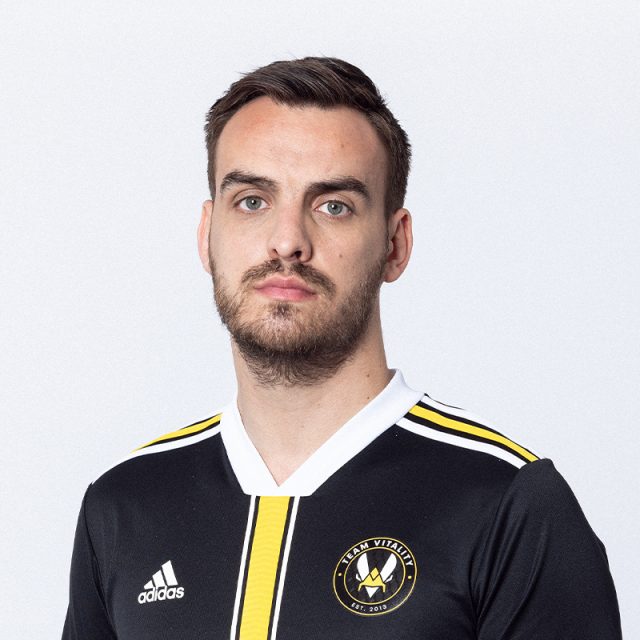 Brian joined Vitality in 2014 as a player, winning a French championship title on FIFA 15 as well as two European majors at Gfinity. He used to have the coach/player position, mainly with Rocky during his World Championship title in 2017 or with Maestro, French Champion 2019. Retired from playing in 2020, Brian is now the manager/coach of our FIFA team and is also the coach of the French eFoot team with whom he was also world champion as Neo’s assistant in 2019.