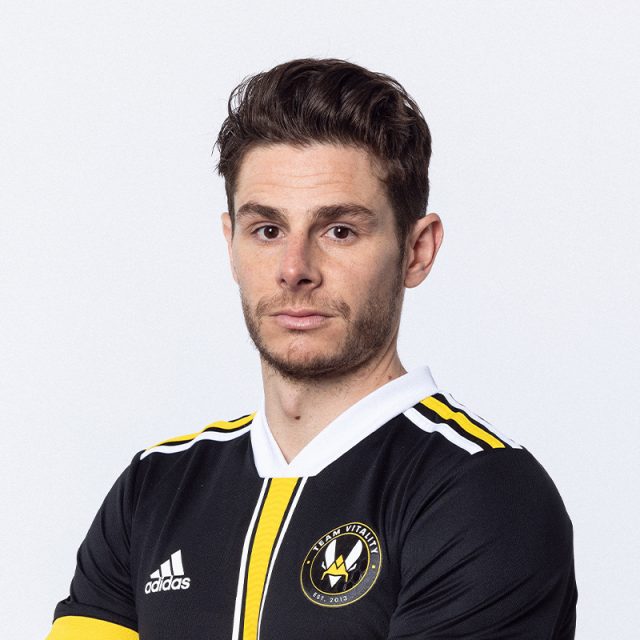 Gauthier, who arrived in the Hive at the end of 2020, is a former top-level athlete. An Olympic medalist and world champion in tandem canoeing, he has taken charge of the Rocket League in order to give all the values he has acquired in his career. His objective is to build a performance project with his players. Involved and persevering, he is passionate about the idea of working as a team, defending the yellow and black colors and surpassing himself in order to achieve the greatest victories.

Cherry on the cake, he is also Matthieu Péché’s former partner, so you can also grant him the Vosges proverb they created together “Solid as a tree, strong as a plum”.