magisk, dupreeh and zonic join Team Vitality to form the most ambitious team of the history of CS: GO.

Team Vitality continues its journey to European esports domination as it reveals it has signed dupreeh, magisk, and zonic to create one of the best CS:GO rosters in history as part of a €50M talent investment. 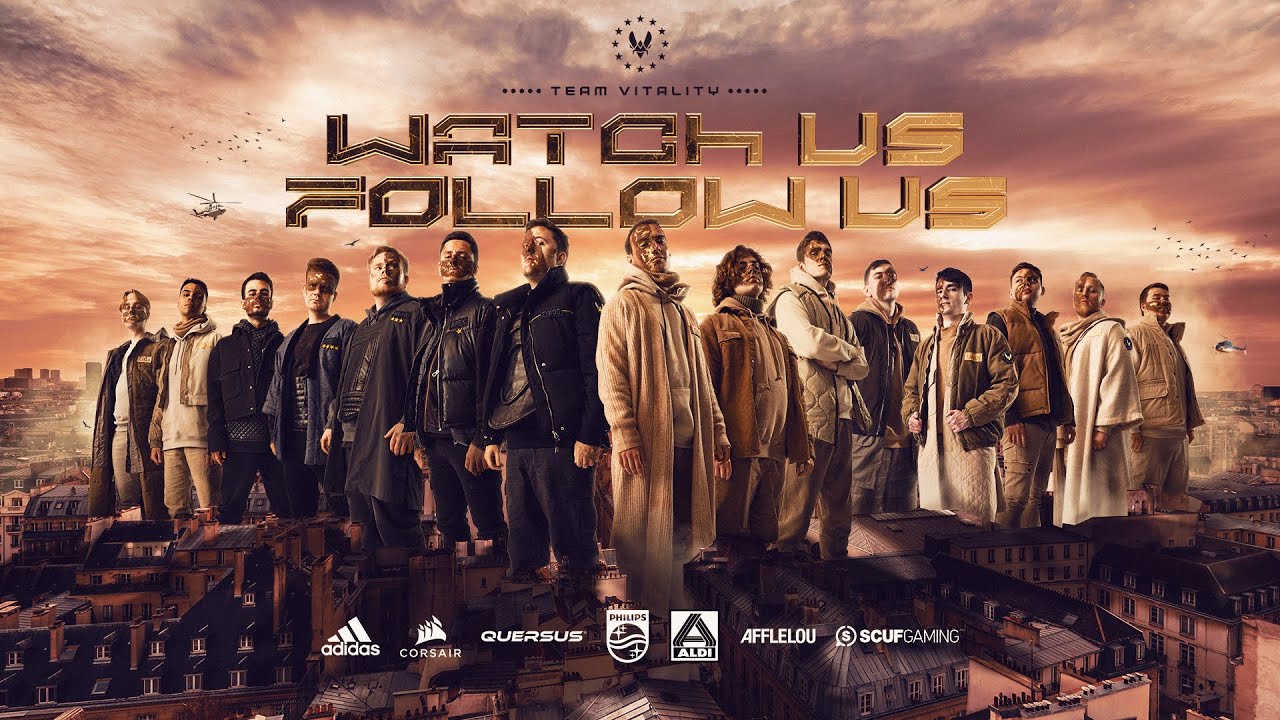 Paris: 5th January 2022: Team Vitality is excited to share it is taking its CS:GO roster to the next level with the signing of Peter “dupreeh” Rasmussen, Emil “magisk” Reif, and Danny “zonic” Sørensen. The decorated trio join Mathieu “ZywOo” Herbaut, Dan “apEX” Madesclaire, and Kévin “misutaaa” Rabier to complete one of the strongest line-ups in CS:GO history. The new roster comes as part of a €50M investment from Rewired.gg spread over the next three years to create European super teams capable of winning the most coveted trophies in esports. The news follows the reveal of Team Vitality’s League of Legends roster, featuring World Champion finalist Luka “Perkz” Perković and back-to-back European Champion Matyáš “Carzzy” Orság.

Team Vitality’s CS:GO and League of Legends rosters represent a new era for the organisation as it aims to dominate European esports, bolstered by increased investment, unrivalled facilities and performance staff, and a strong leadership team from the sport and lifestyle industries. With a new laser focus on performance and securing the best international talent in esports, it is Team Vitality’s goal to conquer the biggest stages of them all by being the most serious contender at Worlds and Major on the three next years.
These gigantic rosters are represented in the “Watch us follow us” Team Vitality brand video in which CS: GO and League of Legends athletes become real Titans and gather to conquer the world. The video showcases Team Vitality’s ambitious objectives and performance goals which the organisation has created to take themselves to the next level.

As a legacy player, dupreeh is one of only five to have attended every CS:GO Major with titles secured at an impressive four tournaments including ELEAGUE Major: Atlanta 2017, FACEIT London Major 2018, IEM Katowice 2019, and StarLadder Major: Berlin 2019. magisk also joins Team Vitality with a long list of accolades including winning the prestigious Intel Grand Slam, a $1,000,000 prize awarded to teams who win a number of S-Tier events organised by ESL or DreamHack. Leading the helm, the most decorated coach in CS:GO history, zonic brings a wealth of experience, trophy wins, and expertise which is set to take Team Vitality to new heights.

“This scale of talent investment has never been seen in esports before and I am honoured to be leading the charge with these rosters which have the potential to make history in Europe and beyond,” said, Fabien “Neo” Devide, Co-Founder and Esports Director, Team Vitality. “Since the beginning of our entrance into CS:GO, we have been working with intensity to get to the top and nurture some of the best talent France has to offer. It’s now time to think internationally and create a new CS:GO culture of European talent with legacy athletes. As proven winners, dupreeh, magisk & zonic have what it takes to move us from not just being a strong contender, but the best CS:GO team in the world.”

CS:GO has always been central to Team Vitality’s competitive ambitions with a long history of winning trophies and nurturing some of the biggest players in the space. Team Vitality is home to back-to-back HLTV Player of The Year and Forbes 30 under 30 honoree ZywOo. At only 21 years old, ZywOo is on track to mark the history of his sport and broke records by becoming the holder for the most MVP awards earned by a player during their first competitive year, securing five. With this new roster of experienced talent, Team Vitality is set to elevate ZywOo to earn another HLTV Player of The Year award and take his skills to unprecedented heights.
“I couldn’t be more excited to have dupreeh, magisk, and zonic join the team. Together they have achieved so much and I know there is a lot both myself and the team can learn from them. I am so ready to show everyone how far this team can go!” said Mathieu “ZywOo” Herbaut.

Team Vitality’s new CS: GO roster will be composed of:

Team Vitality also bids a fond farewell to both Rémy “XTQZZZ” Quoniam and Richard “shox” Papillon who have been key players in the organization’s success and leave behind great memories and individual legacies. Jayson “Kyojin” Nguyen Van will stay on the roster as a 6th man allowing him to explore team offers next year. Making his on-stage competition debut two months ago at the PGL Major, Kyojin is developing at an impressive rate, and the arrival of experienced veterans will help him grow even faster.

Eager to create a unique performance on CSGO, Team Vitality created a behind-the-scenes documentary “Building The Legend” expressing its journey on creating a unique legacy on this game and showcasing the bond and relationship built between its athletes. Get an inside look at competing at one of the biggest CS:GO tournaments of 2021 over on Team Vitality’s Youtube channel.