The new LEC roster will aim to take Team Vitality to new heights with a mixture of international experience, untapped talents and superstar players. Photon comes from T1 Challengers, coming third in the LOL Champions Korea Challenger League (LCK CL) and winning the 2022 Esports Championships East Asia with Team South Korea. Former Team Vitality substitute Bo has spent his time topping the EU and Asian SoloQ ladder proving himself as an explosive talent who will be the heart of the new Team Vitality LEC roster. Photon and Bo will be joined by experienced EU players Perkz, Kaiser and Neon who have almost 20 years of combined experience with a total of 10 LEC titles and 14 major international appearances.

“After our performance this year we know we need to take a step back and really think about the next era of Team Vitality. We decided to look closely at the upcoming talent that can add an extra explosive factor to the mix. Through the aggressive style of our exciting new starting jungler Bo, we’re hoping to take the LEC by surprise. Additionally, with all of our rookies on both the LEC and LFL rosters, we really want to highlight the DNA of Team Vitality to reveal, develop and celebrate talents in esports.” said Fabien “Neo” Devide, Co-Founder and Esports Director, Team Vitality 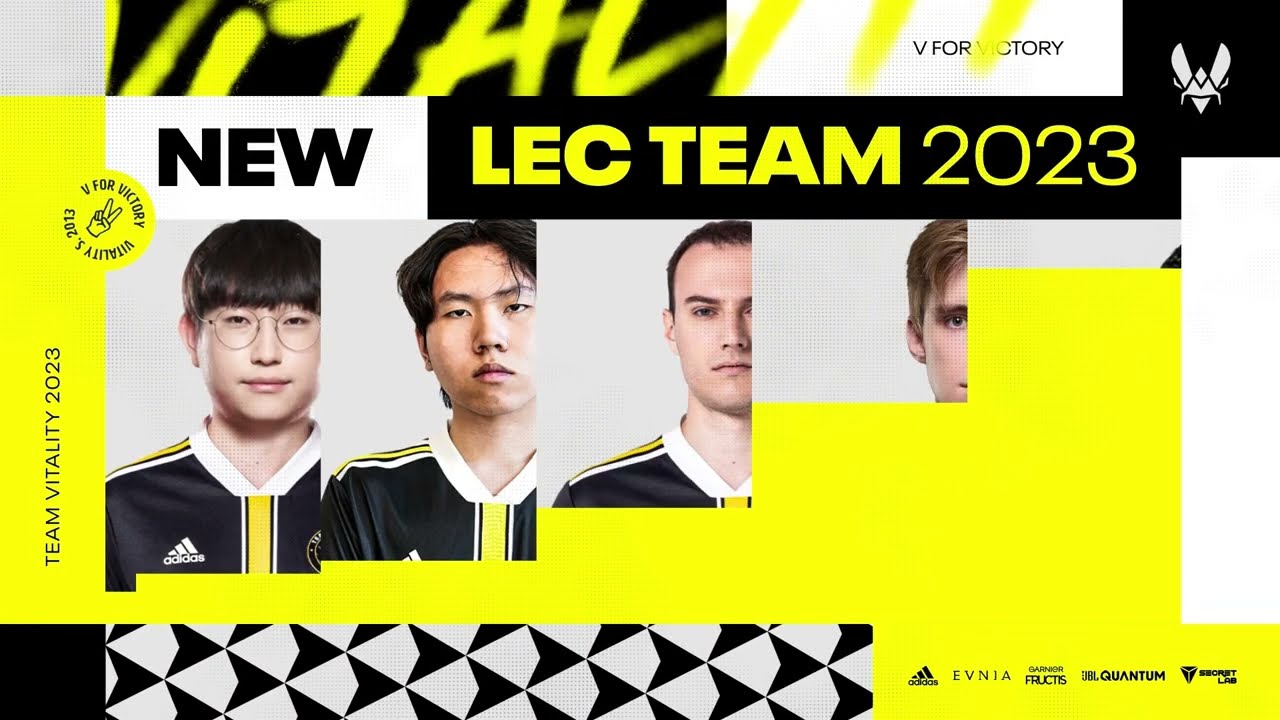 Ready to fight for the LEC 2023 🔥(REGAIN - Official Vitality Soundtrack)

The team will be coached by Alexander “Carter” Cartwright (Head Coach) with Petter “Hjarnan” Freyschuss (Assistant Coach). And will have Jack “Kayys” Kayser as Analyst, and Alexander “Stuii” Spelda as Team Manager.

The team will be coached by Đorđe “Spale” Spasić (Head Coach) and Kacper “Nahovsky” Merski (Strategic Coach), and has Olivier “NephaleM” Morizet as Team Manager.